Interested parties can comment on the second draft of the DLC’s horticultural lighting testing and reporting requirements documents that will ultimately lead to a QPL.

The DesignLights Consortium has issued the second draft of its new “Testing and reporting requirements for LED-based horticultural lighting” document. The document specifies the parameters that solid-state lighting (SSL) manufacturers must characterize and report to ultimately have their products placed on a DLC qualified products list (QPL). Such a listing will ensure a product will be eligible for rebates or other incentives. The DLC will accept comments on the second draft until Aug 22, 2018.

The new DLC testing and reporting requirements include some parameters that simply must be reported in the specification of an SSL product. And in other cases, parameters will be required to meet or exceed a performance threshold. The DLC hopes to release its finalized policy by September 2018 as part of V4.4 of the organization’s policy documents. As is the case with other lighting products, the DLC will ratchet up performance requirements in future versions, commensurate with advancements in LED and SSL technology to minimize the power loads that utilities must service. 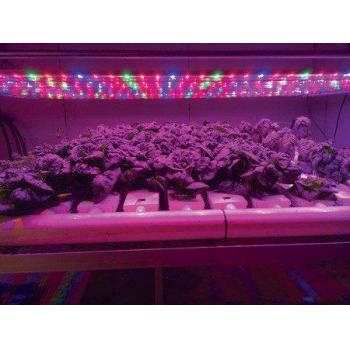